I'm the King...Well Queen of the North

Hey Explorers!!!! Shortly after booking my flight to Ireland, well maybe a few days later, I started looking for Game of Thrones (GOT) tours in Ireland (one of their filming locations). Through my research, I found a tour company that would end up making me feel like the Queen of the North...sorry Jon Snow! I patiently waited for months to go on this EPIC tour offered by Game of Thrones Tours until the moment it finally arrived! Here is how this tour spelled out...

Please note: this is my view of this tour and I was not paid for this post. This post is just for you explorers! All photos with my Kita the Explorer logo were taken by me. Other images you will be able to find a link to the image in which I found through a Google search but I did not visit their websites. I do not support those sites nor do I have a review of any of their content. I am only providing a link to give credit to those pictures I found and utilized below.

A charter bus picked up the tour attendees from the Hilton Garden Inn Dublin Custom House in Dublin's City Center at 7:00AM to start our journey to Northern Ireland to see the wonderful GOT Irish sites! On the bus we met our tour guide Eric (who is currently a Wildling on the show) who told jokes, gave safety instructions, stories from being on set in past seasons, and the itinerary for the day. Maybe about 30 minutes into the ride, we made a stop at a rest station to grab food, water and have a toilet break. And they had quite the interesting breakfast selection...

We climb back onto the bus with our breakfast food, trust me I did not get the baked beans, and prepared to take a quiz! Ha! Yes, the guide gave us a ten question quiz to see how well we knew Game of Thrones. Whoever had the most correct became the King or Queen of the North. Well....I didn't win. I mean without Googling, I would've never known they filmed a scene in the United States nor the name of the poison that killed King Joffrey! I mean come on!

After the quiz, we started watching GOT over again until we arrived at Tollymore Forest Park. Here we were able to see where they filmed the opening scene when they first saw White Walkers in Season One, the Wildling Pit, and a meeting place with Jon Snow. Take a look at some of the pictures below...

The two pictures below are from where the opening scene of Season One was filmed and when the White Walkers were introduced. The photo on the left is from my view. The photo on the right is from the GOT scene itself in which I found here. 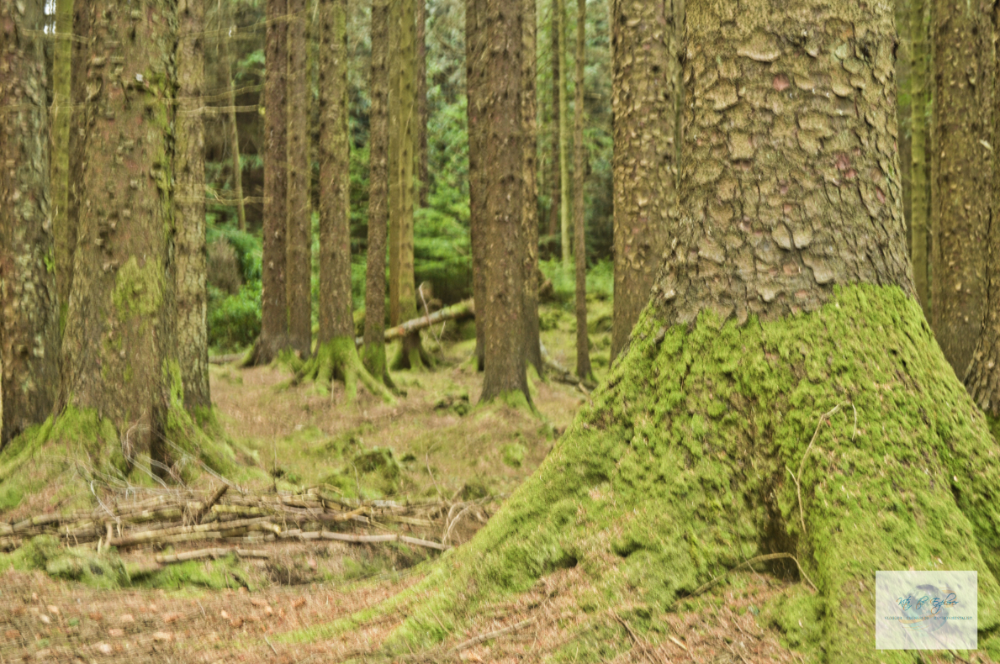 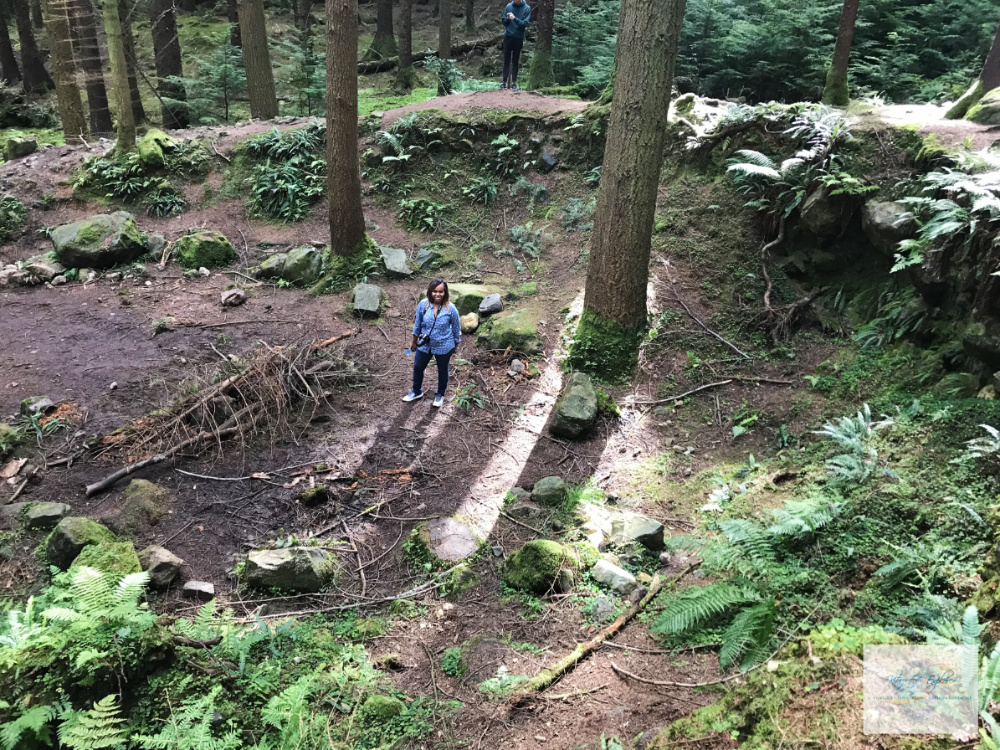 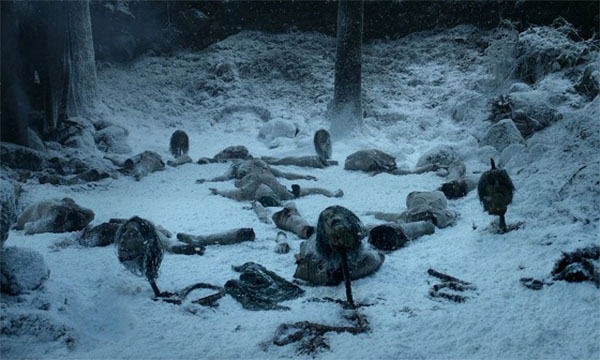 I guess this is closest I will ever get to Kit Harington (Jon Snow) by sitting where he sat...probably after thousands of people lol! The first picture in the slide show is me sitting on his stump. The second picture is from the show where he sat on the stump speaking to Tyrion Lannister which was provided by the tour guide. 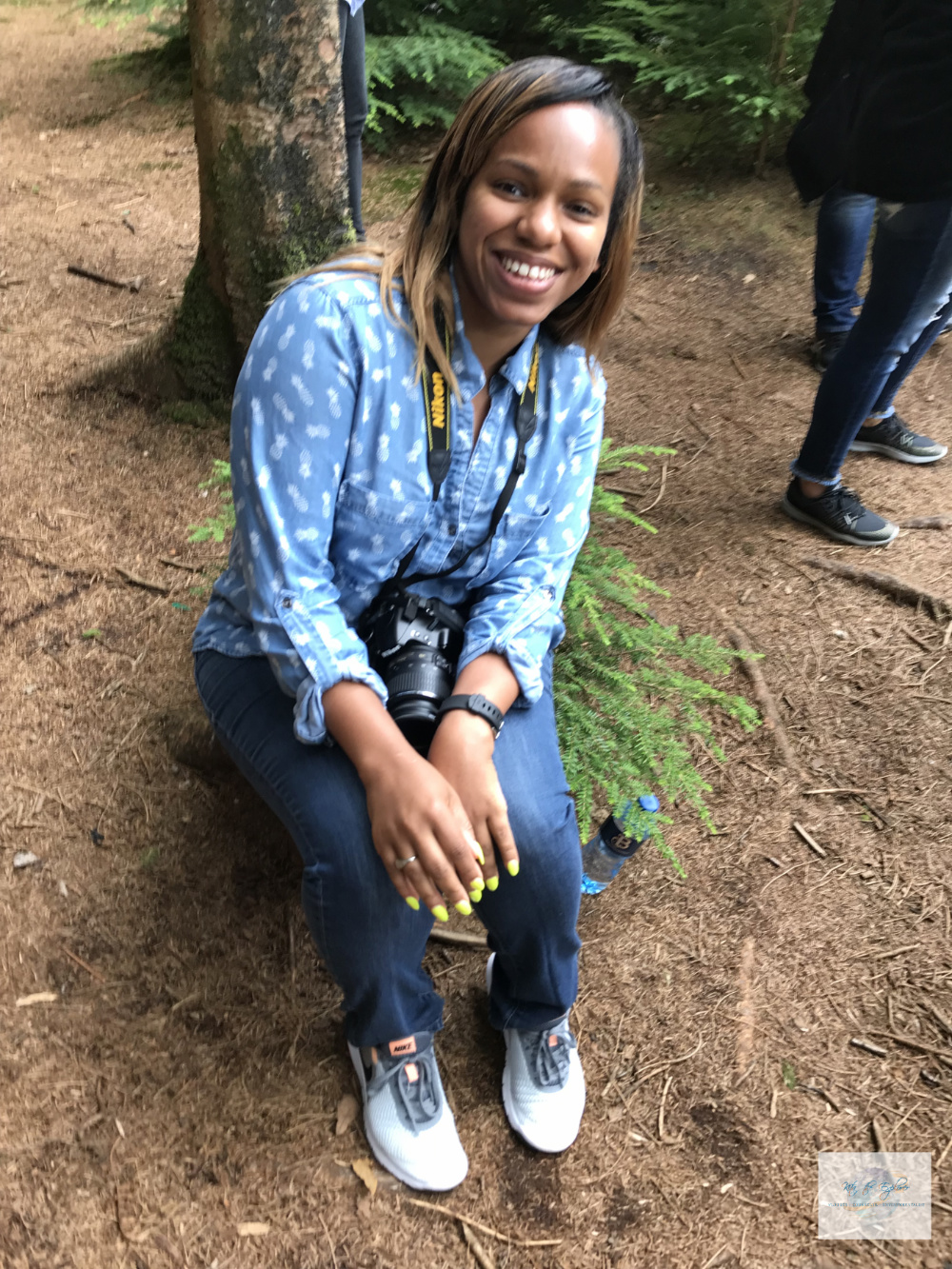 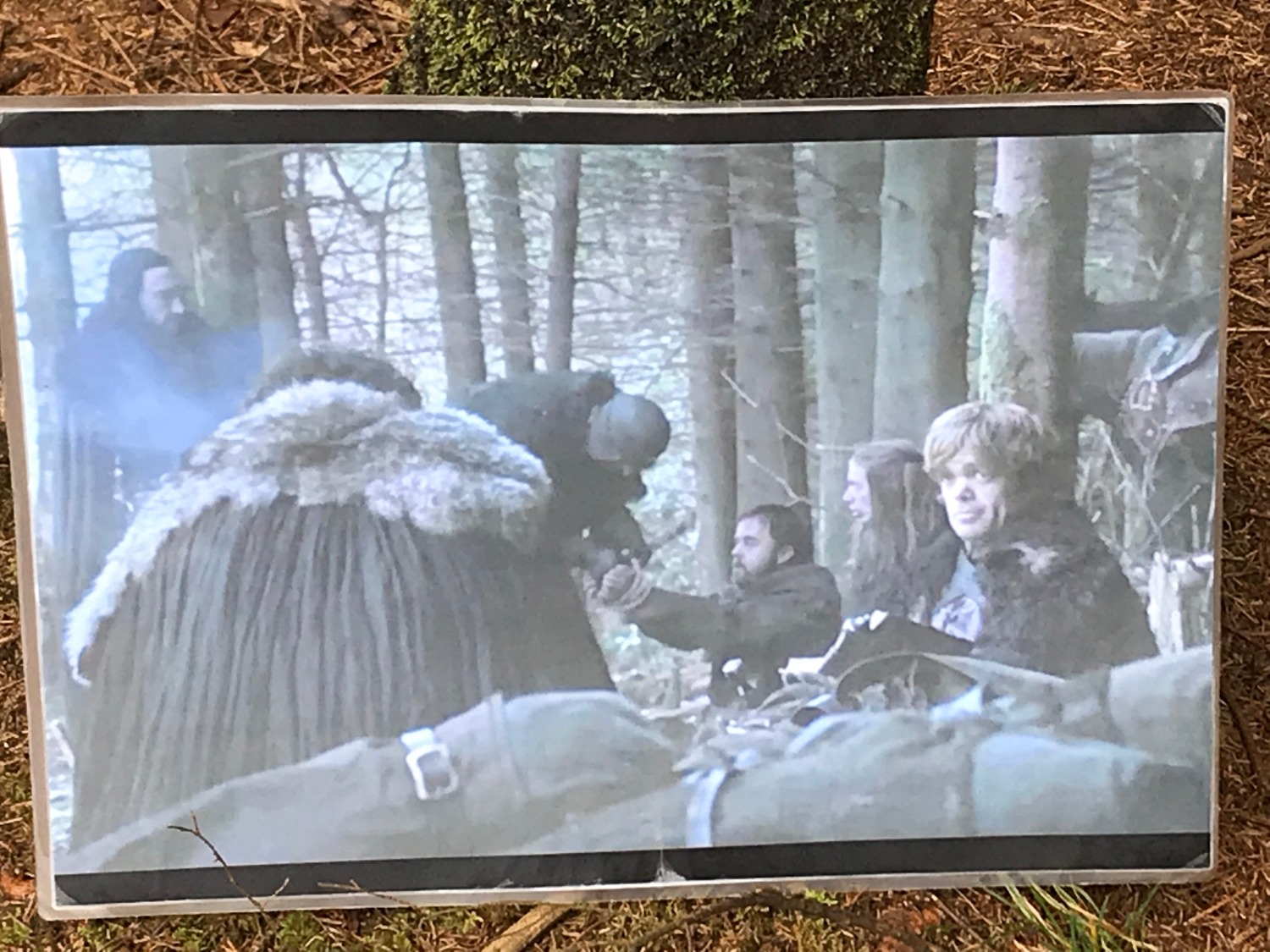 Below is the area where Ned Stark and his family found the dire wolf pups in Season One of the show! The picture on the left is from my view. The picture on the right are images from the show which were provided by the tour guide. 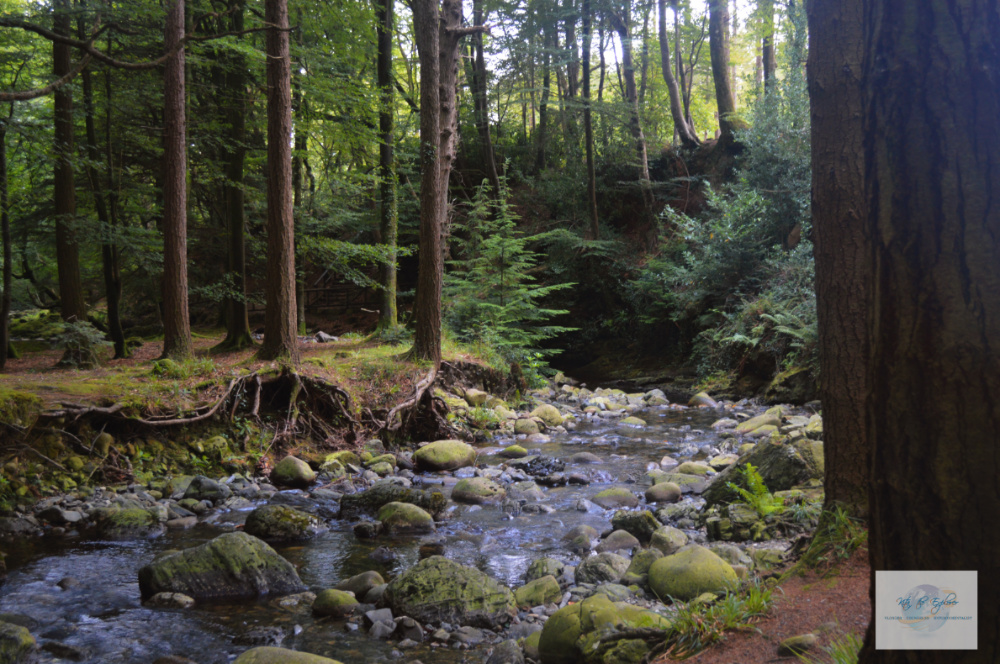 After seeing the area where the dire wolf pups were found, we proceeded back to bus to ride over to lunch. We spent about an hour and a half walking through this forest. But I had a great time reliving the Game of Thrones scenes and I'm now even more excited for season 8. But first what is in store for the rest of this tour.

We headed to a restaurant called The Lobster Pot in the nearby town of Downpatrick. We placed our food orders on the bus but when we arrived we were able to place orders for drinks. I order a local cider which was delicious! The food was ok as they used a little too much mayo for me and I love mayo lol! But we also got to try on a replica of King Joffrey's crown and dress in Game of Thrones fashion. Before heading back to the bus, we got a special treat of seeing the original dire wolf pups...now old...outside the restaurant! They were cuuuuuteee!!! See the pictures below from our lunch stop...

The below pictures are as follows: upper left - my cider; upper right - my lunch; bottom left - me sporting King Joffrey's crown (the replica); bottom right - its a dire wolf! 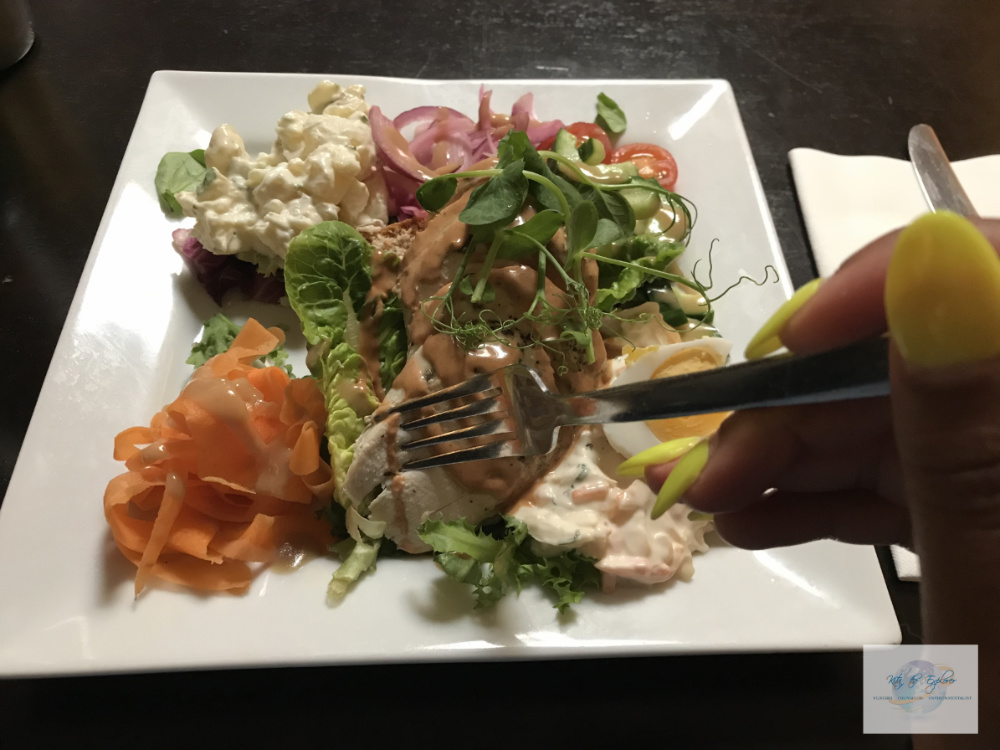 The eventful lunch is over, so now we are back on the bus headed to Winterfell or the real name is Castle Ward.

We take about a 10-15 minute bus ride from lunch over to Castle Ward. When exiting the bus, I could immediately envision the television show. They did do some altering at times by utilizing green screens to make the towers appear taller but otherwise the place looked the same! Too bad the Stark Family has had to fight so hard for this majestic place. But before getting the official details, we walked to the field behind Castle Ward where several scenes were filmed such as the Battle of Oxcross and where King Robb Stark was married. See the images below from the field and Winterfell....

Below is the area where the late King Robb Stark was married. The left is the area during the day time from my view. The right is the scene from the show at night (which was hard to find) which I located here. 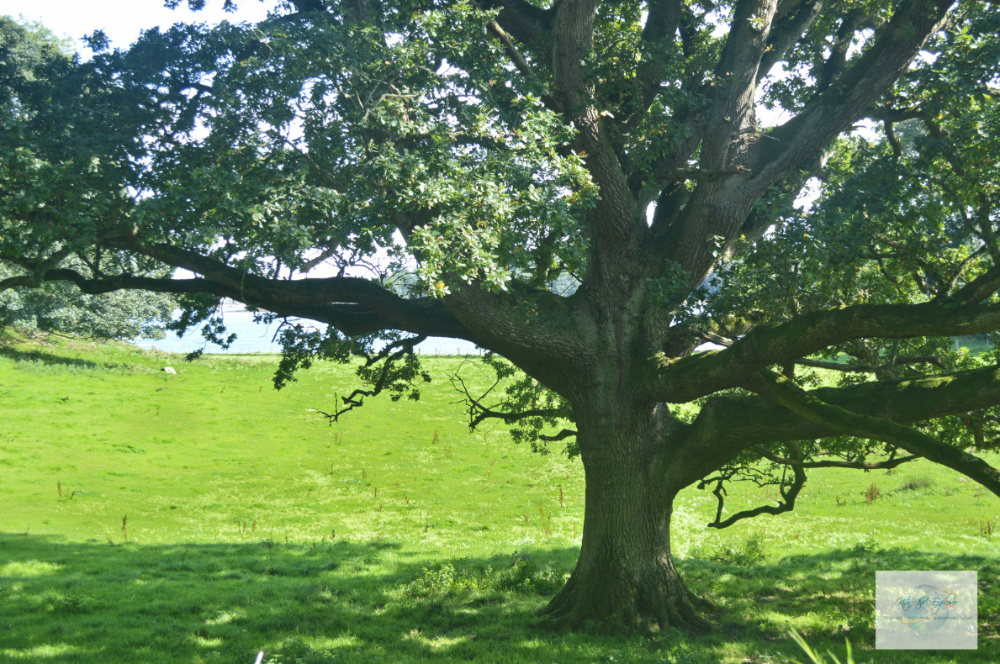 Below is the area where Robb Stark set up camp during the Battle of Oxcross. On the left is my view of Audley's field from the bottom of the hill where the scene was filmed. On the right is Robb Stark standing in the field during the show (again hard to find - I may need to go rewatch the show and take my own images) which I located here. 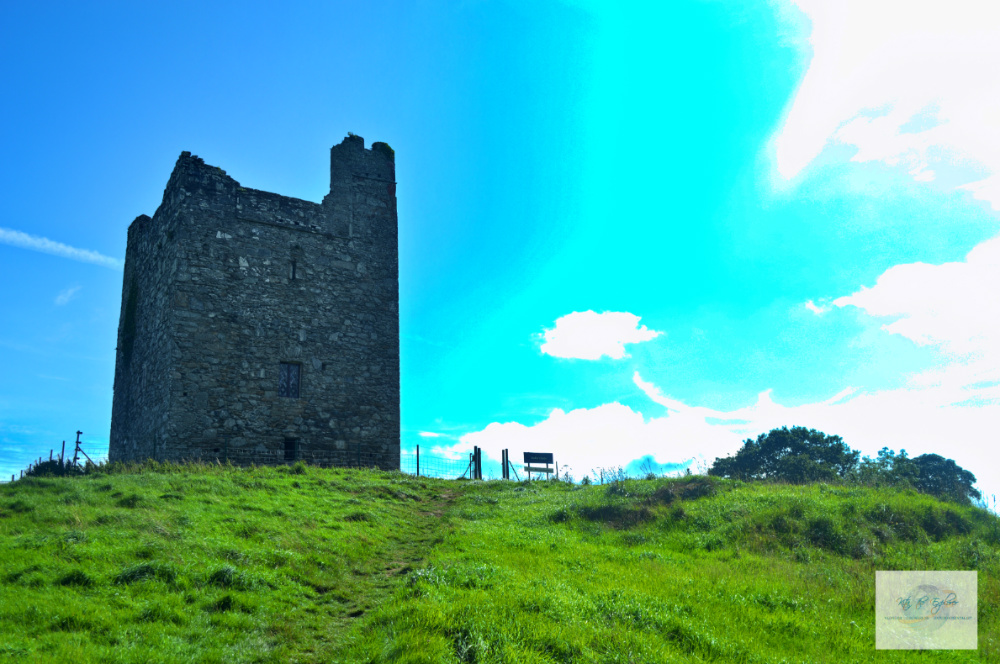 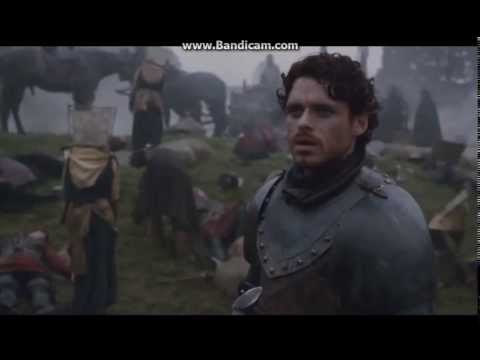 Below is Winterfell, the Home of the Starks. On the left is my view of the entry arch before any green screen visual effects. The right is Winterfell after special effects but the same entry way in which I found here. 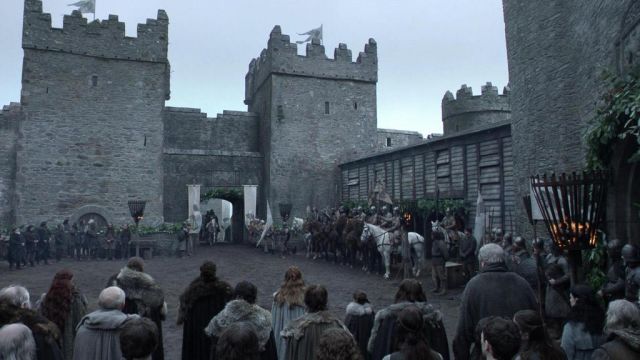 After leaving Winterfell, we headed to our last filming location at Inch Abbey. At this location, we crowned the winner of the quiz as King of the North and had to take a knee. Oh did I mention we also had to scream King of the North in an Irish accent? Yep, we did that too lol! Below are fun pictures from Inch Abbey and a picture from the GOT scene in a slideshow. 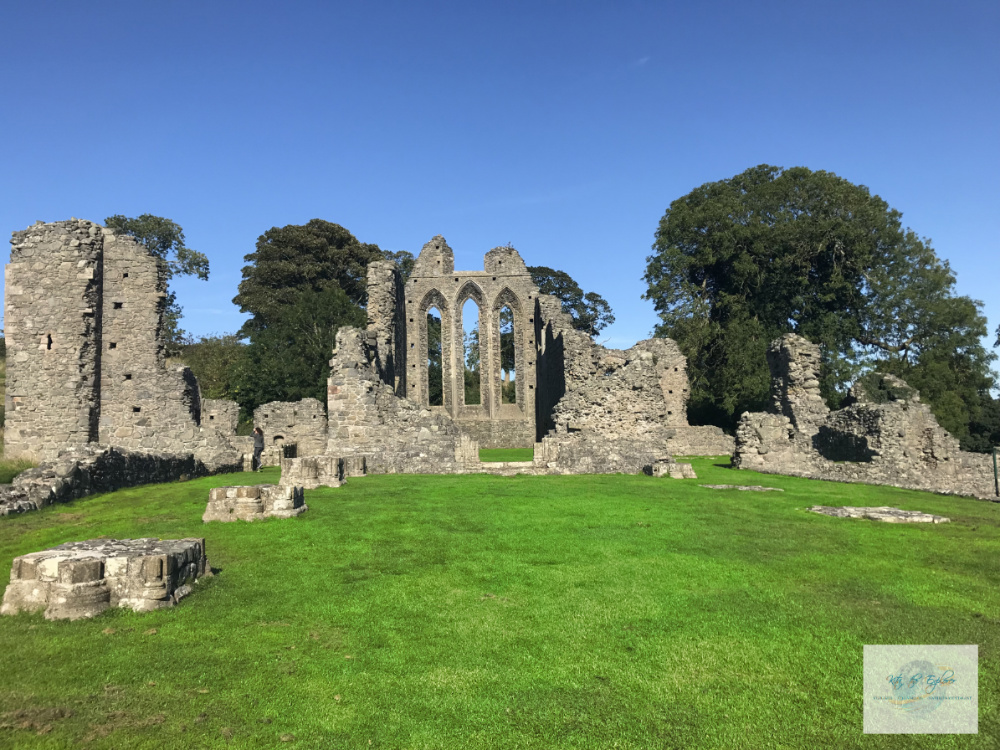 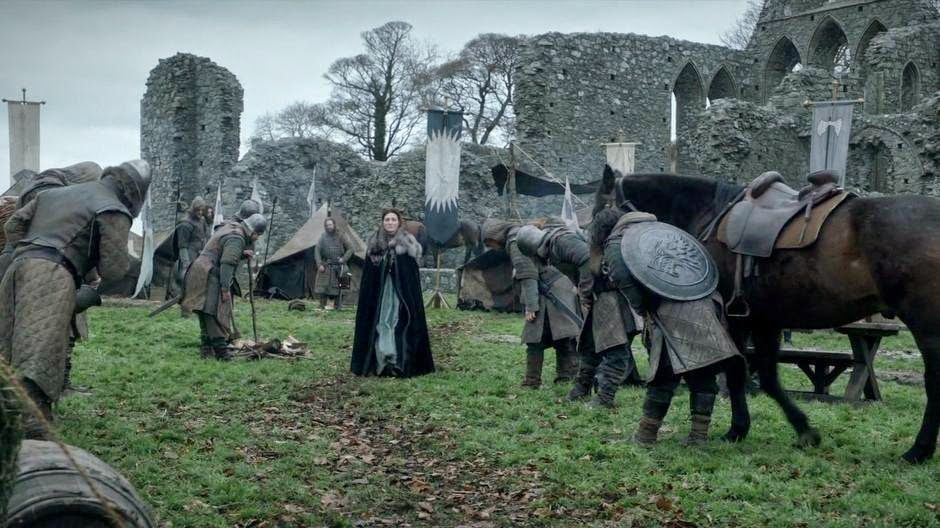 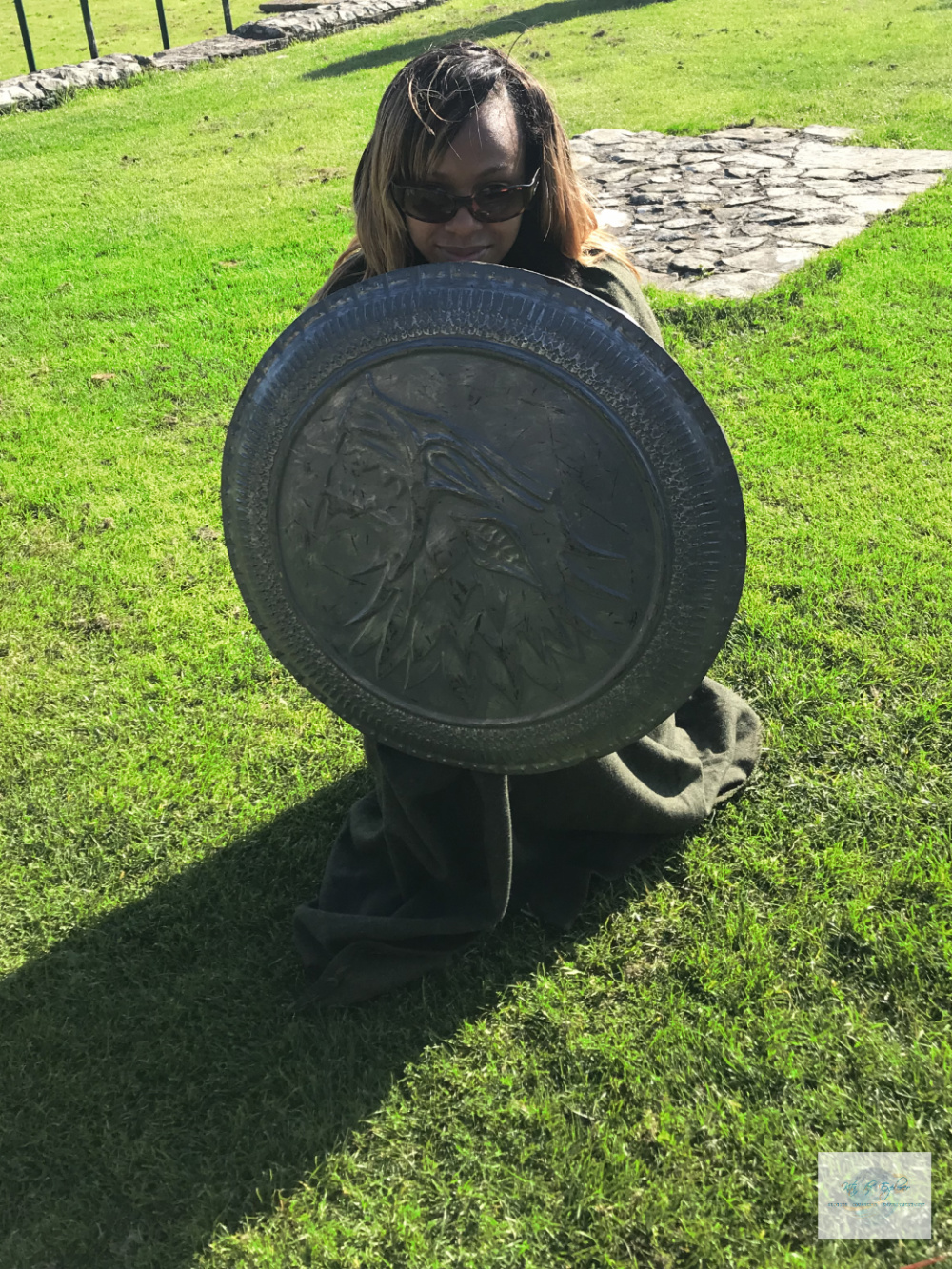 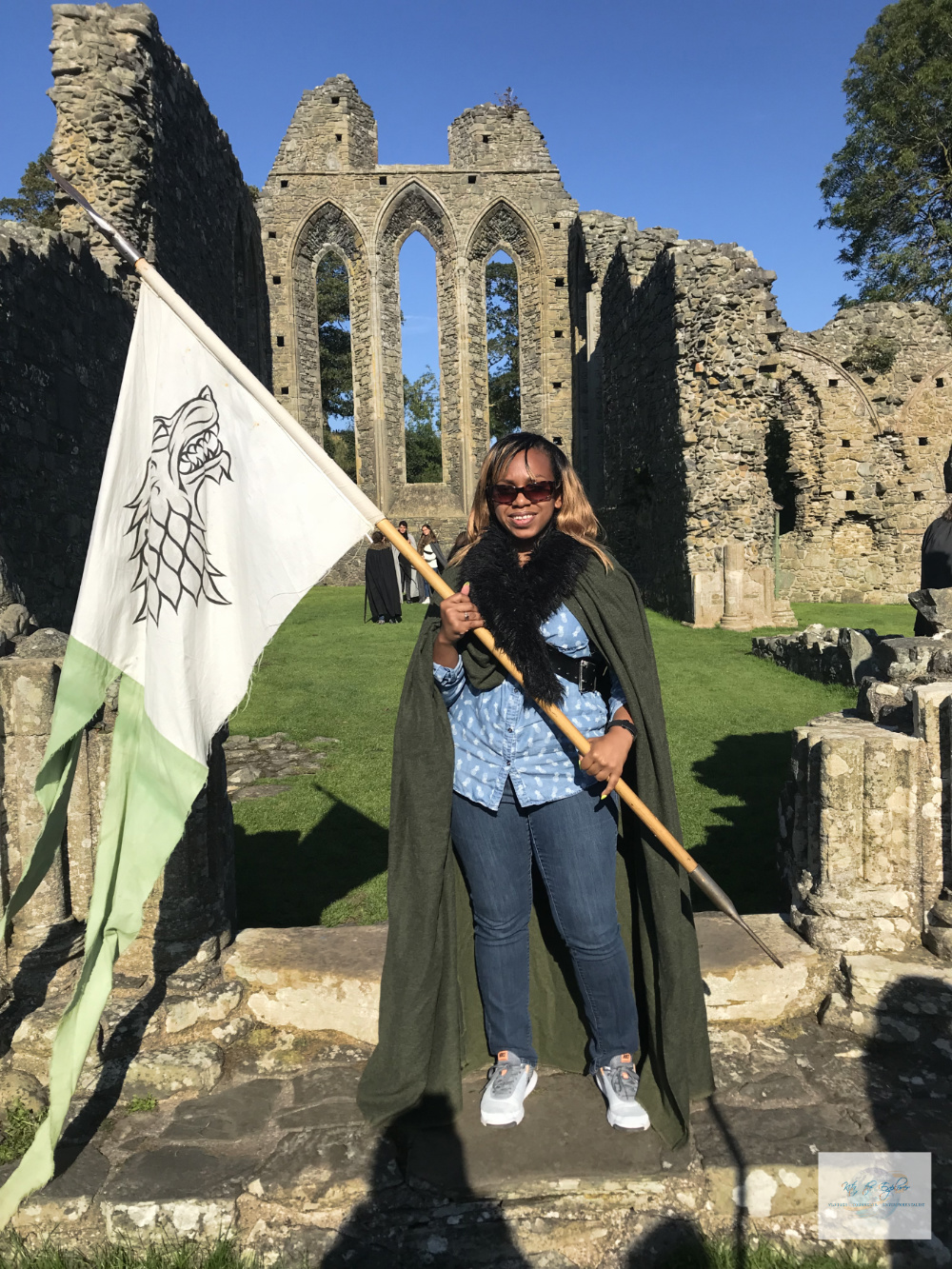 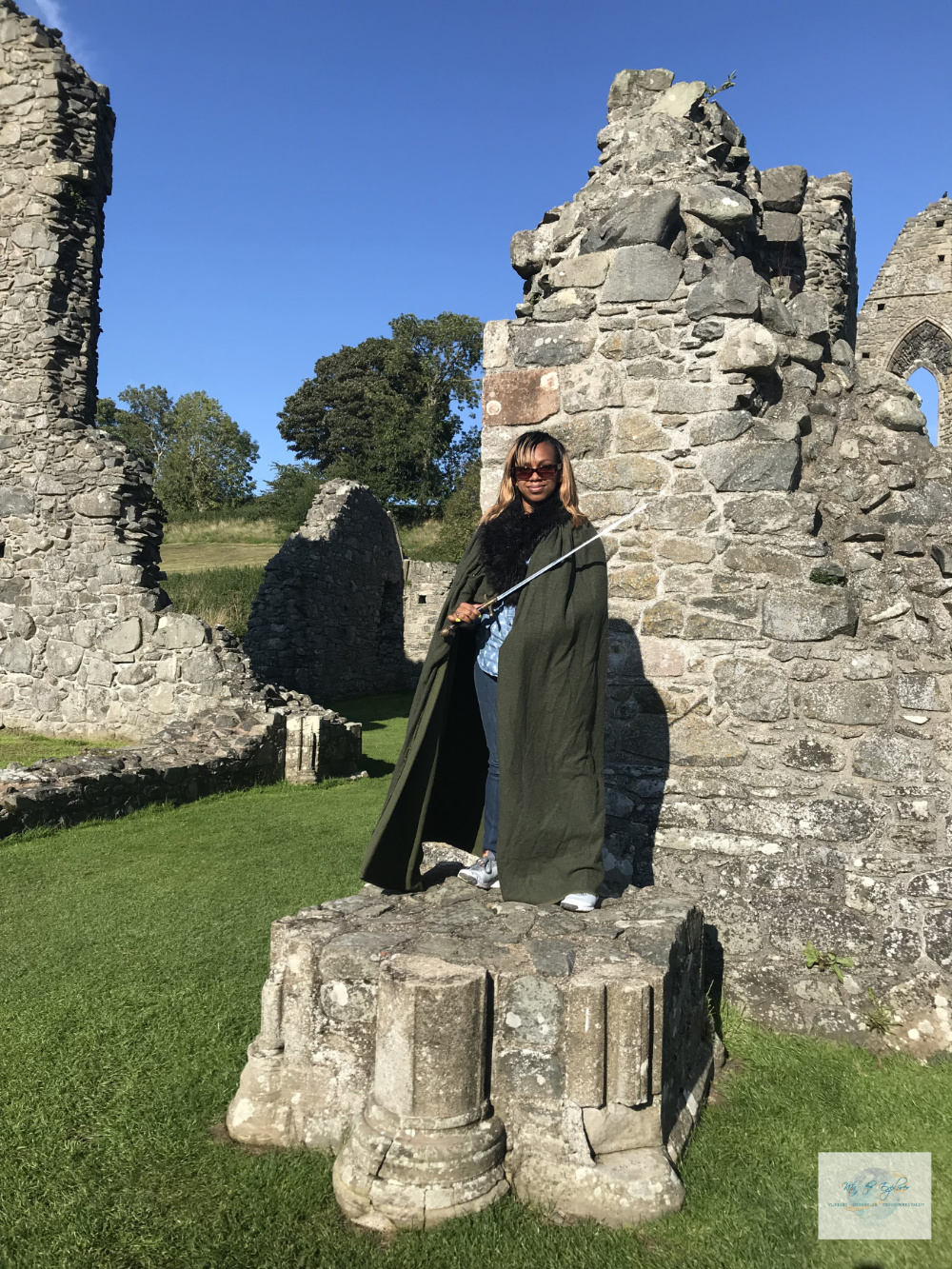 After taking off our costumes, we boarded the bus for about a two hour ride back to Dublin. Episodes of GOT played on the bus while I took me a much needed nap thanks to jet lag. We arrived back at the hotel shortly after 7:00PM where I returned to my room and ordered room service for dinner. Despite how tired I was, this was one of the best tours I ever attended! I'm now interested in touring Game of Thrones filming locations in other countries such as Iceland, Croatia, and Malta.

Have you ever been on a tour of filming locations for Game of Thrones or any show? Or do you love Game of Thrones, who is your favorite character? Comment below with any questions or thoughts!

P.S. She will probably hate me tomorrow but I know she will live! Thank you to my sister from another mister Erika for "forcing" me to watch Game of Thrones! It is great to have you in my circle of people with great taste!

Thank you for stopping by!